A natural, simple, diet to treat;

The Budwig Diet: Flax Oil-Cottage Cheese Diet for the UK

The Budwig diet was created in Germany and the books were originally written in German. The translations and most English websites are written for the North American market which can make them confusing in the UK, so this site has been written specifically to help people get the best from following the Budwig diet.

Correctly followed and as close as possible to Johanna Budwig’s original, it tastes good and has a great reputation for improving health. 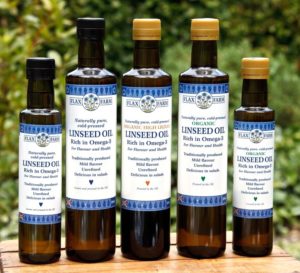 A complete UK guide to this complementary alternative treatment

The Budwig diet was created by a leading German scientist, Dr Johanna Budwig. It is often referred to as the Budwig Protocol as it is a holistic treatment that includes lifestyle changes. It was originally written in German  and although translated into “English”, it was done mainly for North America so we have created this site to make it easier to get started on the protocol and follow the diet in the UK.

The Budwig protocol was developed by Dr Johanna Budwig in Germany in 1940/50’s.  It is used both by people wanting to avoid drugs and as

support whilst undergoing other treatments. It has continued to be a well respected complementary treatment in Germany. It is increasingly throughout the rest of the world.

This popular protocol is designed to treat many conditions and illnesses naturally with diet and lifestyle. These include autoimmune diseases, degenerative, metabolic and inflammatory conditions  from digestive issues to cancer,  skin conditions to arthritis, diabetes to heart disease .  There is a worldwide community of people following the diet. The necessary components of the diet are inexpensive and easily available in shops or can be made at home.

The Budwig diet which includes a blend of cottage cheese and linseed (flaxseed) oil may sound a little strange but don’t worry, as you get used to preparing the meals you will  adapt them to your own palate and find the diet is delicious.  The basic Budwig linseed cream with ground linseed, fruit, honey nuts and berries tastes so good if you can serve it to dinner party guests and they will love it too.

A typical day on the Budwig Diet

For detailed instructions to follow the diet see the page “the full diet” and check out all the recipes too.

The Budwig Protocol has it its heart a diet with its roots in a scientific phenomenon known as the “Warburg Effect” discovered by 1931 Nobel Prize winner, medical doctor and biochemist, Otto Heinrich Warburg.  Through his work on respiration he discovered that, in the absence of oxygen, cancer cells would metabolise sugar which enabled them to multiply.  In the same era, Dr Johanna Budwig, another eminent German biochemist, found that highly unsaturated cold-pressed linseed oil would carry oxygen into the cells to fight cancer.  Increasingly modern scientific research supports the benefits to health of the diet.  Read about recent discoveries and science behind the Budwig Diet.

Dr Johanna Budwig developed this into the natural, holistic, diet-based Budwig Protocol also called  the Budwig Diet it was scientifically way ahead of its time.

The protocol incorporates what we think of today as leading edge health/diet discoveries; the Budwig protocol addresses:  sunshine and vitamin D; gut health and its flora of “good” bacteria; acid-alkali balance; “superfoods” including green tea  and improved levels of all nutrients; hormone balancing phyto-nutrients; ketogenic diet; exercise and sleep;  the importance of the spiritual and emotional side of healing.   The Budwig protocol can be of benefit in many areas of health from the digestion to fertility as well as being used to treat many serious conditions including arthritis, cancer, diabetes and heart disease.

The cornerstone of the Budwig diet is Budwig Muesli, the recipe blends linseed (also known as faxseed) oil with  quark cottage cheese eaten at breakfast and lunch. The rest of the diet is vegetarian and packed with natural nutrients.

The Budwig Diet, known in North America as FO/CC diet, is one of the most widely-followed alternative remedy for cancer and diabetes. The cornerstone of the diet is cold-pressed linseed (flaxseed) oil, rich in omega-3, blended with fat-free cottage cheese to make it more soluble. This gets the oxygen-carrying omega-3 into the cells where it is needed.  Flax Farm has created this website to help people in the UK follow the diet the way Dr Johanna Budwig intended.

The Budwig Diet: Flax Oil-Cottage Cheese Diet for the UK

The Budwig diet was created in Germany and the books originally written in German. The translations and most English websites are written for the North American market which can make them confusing in the UK, this site has been written specifically to help people get the best from following the Budwig diet.

Correctly followed, as close as possible to Johanna Budwig’s original it tastes good and has a great reputation for improving health..

"Let food be thy medicine and medicine be thy food" – Hippocrates

Foods you will need

Equipment you will need